The idea of ​​having a dreamcatcher at home It is one of the most beautiful decorative forms that we can find. There are infinite ways that can be done, always with that central structure in the shape of a spider web, its beads and with dangling feathers. By means of a small tutorial you will be able to observe how easy it is to make a dream catcher.

Once you make one, you will be encouraged to create many more. The combinations are endless and materials are easy to get. You may notice that it is a somewhat complicated process to carry out due to its interwoven web, however, the reality is different. Once you get down to business and following the steps, it won't be anything complex.

Story of a dreamcatcher 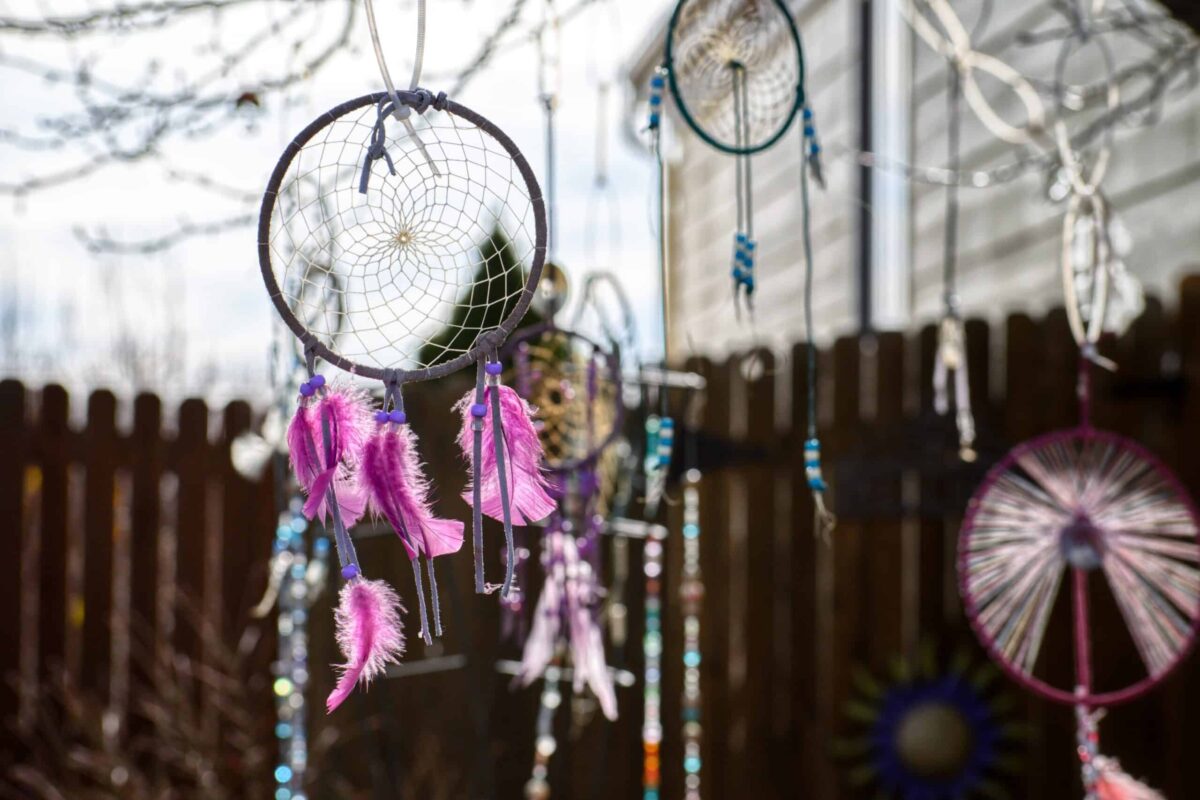 Dreamcatchers today have been considered beautiful decorations for rooms, but deep down they have their tradition. It was used by amerindian tribes as traditional amulets to protect dreams. The idea is to place it on the place where you sleep to catch the bad energies that filter through dreams. In this way, everything bad will be trapped in its web and it will disappear in the early hours of the morning.

Nowadays they are sold in countless shops and markets, although it was an object that became popular in the 60s. Decorating the room and placing them above the headboard of the bed or in a window, makes it an endearing corner. Now with this little tutorial you can make your own dream catcher, something entertaining and feasible to develop our imagination.

How to make a dream catcher

We take the wire and wind it in the shape of a circle to make the circumference of the dreamcatcher. We will choose the measure that we want and we will twist a little each end of the wire. The idea is to anchor the two ends.

We choose one of the wool and begin to wind it around the wire. At the end of wrapping we finish its ends by knotting and cutting the excess part.

With the black marker we mark eight points. They have to be strategically well placed and for this we mark four points in the form of a cross. Then we will make the other four points calculating half the distance between each two of the points that we have initially marked.

With the wool we make a knot in one of the points. Once knotted and without cutting the yarn, we go to the next stitch and we make another knot again. We knot until we finish the marked points.

When we reach the center we knot it and cut the excess part of the thread.

We make the hanging ropes. There will be three, but each one is formed by a braid made with three wool threads. We tied it to the frame and dropped it. At the end a wooden bead has been placed that we also knotted with the rope.

With the help of silicone glue we stick the pom poms on the structure of the spider web. We leave them scattered.

Between the beads that we had placed on the braided and hanging cords, we put a drop of silicone. In between we put a feather for each bead.

Small jingle bells will also be placed in the structure of the web, which we will knot with the help of a fine thread. We let the glue dry well and we can enjoy the dream catcher.

If this is not the dreamcatcher you wanted, you should know that there are many shapes and colors. With this craft you can learn about the technique of how to make such a beautiful pendant. To know many more dreamcatchers, know these 13 designs, easy and colorful.

Full path to article: Mothers Today » Family » How to make a dream catcher