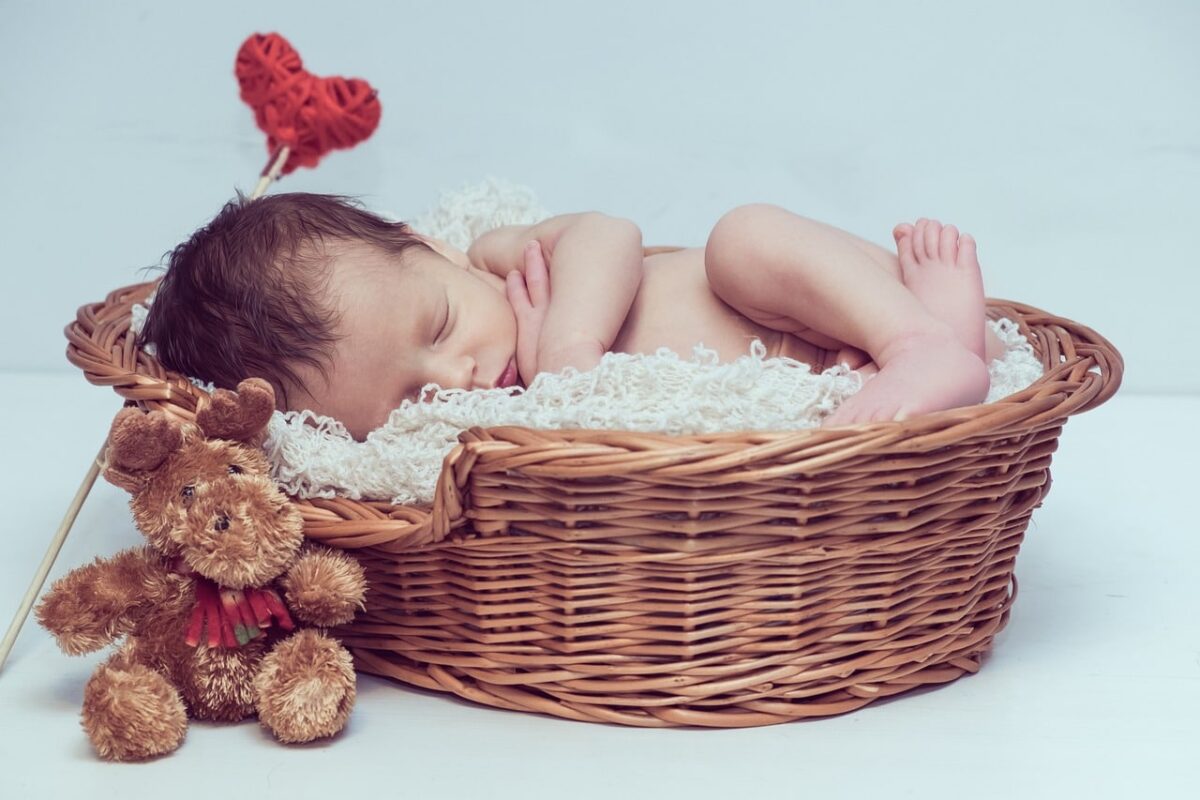 Listening to the fetal heartbeat is one of the most exciting things about pregnancy. But when do they start to feel? The most exciting moment of the first gynecological examination is being able to listen to the baby's heartbeat.

The doctor makes you lie down in bed and the ultrasound shows you a "little green bean" and then there it is, the heartbeat. That's your little one's heart, beating so fast. But, since when is it heard and how long does it beat?

In what week can you start to feel your baby's heartbeat?

Fetal heartbeats can be detect at 34 days (just under 6 weeks) of gestation with a transvaginal ultrasound of high frequency and good quality.

At 6 weeks, the heart The embryo, which now beats 110 times a minute, has four empty chambers, each with an entrance and an exit to allow blood to flow in and out of them. In just another two weeks, that number will increase to 150-170 beats per minute.

With all this growth, it is likely that you can hear the fetal heartbeat for the first time around 9 to 10 weeks of pregnancy, although the exact day may vary. At this point it will beat at about 170 beats per minute, a speed that will slow down from here on out. To hear it, the doctor or midwife will place a portable ultrasound device called a Doppler on your abdomen to amplify the sound.

Fetal heartbeat: how much it beats

The heartbeat is first visible on an ultrasound around 6 weeks gestation. The fetal heart rate in this phase is usually between 100 and 120 beats per minute (bpm).

Although the myocardium begins to contract rhythmically within 3 weeks of conception (from spontaneously depolarized myocardial pacemaker cells in the embryonic heart), it is first visible on ultrasound at around 6 weeks of gestation. Therefore, HRF is usually around 100-120 beats per minute (bpm).

The FHR then progressively increases over the next 2 to 3 weeks and becomes:

This is followed by a decrease in FHR which, on average, becomes:

Although the heart rate is generally regular in a healthy fetus, a beat-to-beat variation of approximately 5 to 15 beats per minute can be allowed. 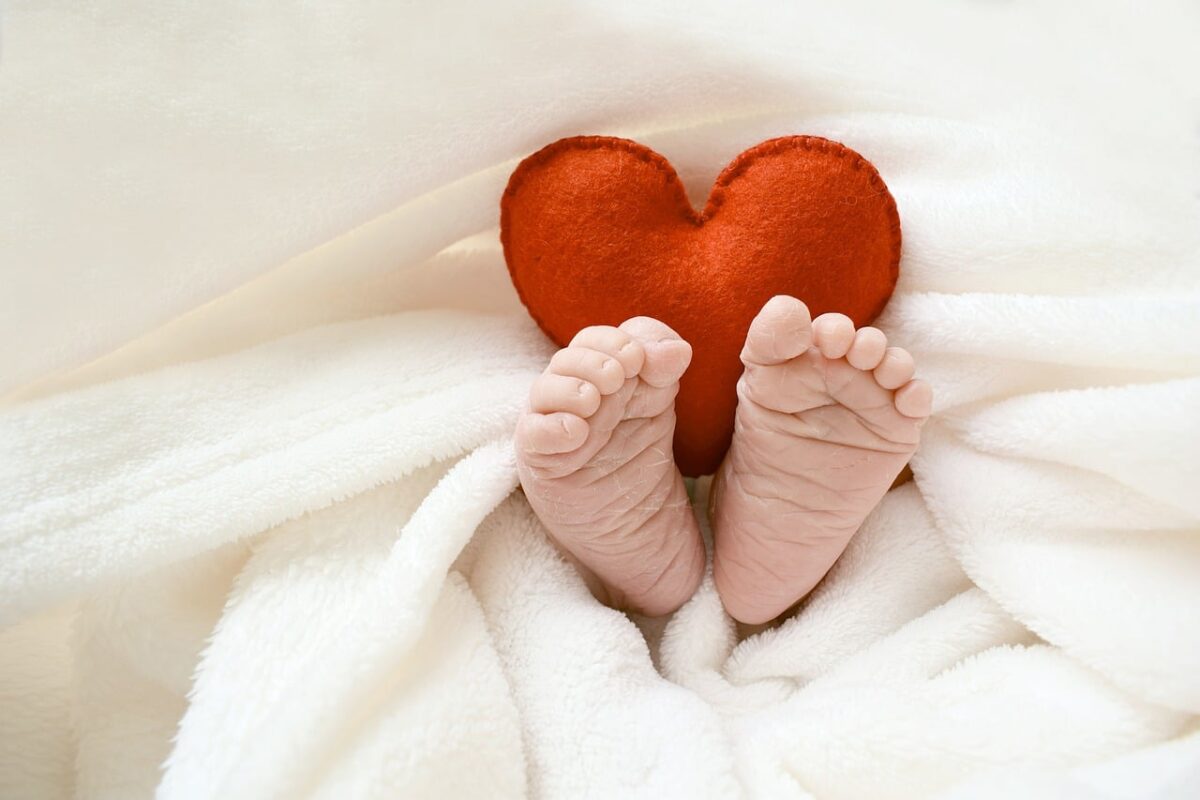 A slow fetal heart rate is called fetal bradycardia and is usually defined as:

A rapid fetal heart rate is called fetal tachycardia and is usually defined as:

How the heart rate is heard and monitored

The baby's heartbeat can be heard in many different ways, at regular intervals (intermittent auscultation) or continuously (electronic fetal monitoring (EFM).

Midwives and doctors listen to your baby's heartbeat for a full minute, every 15 minutes once labor is established, and then more frequently as delivery approaches.

Is where your baby's heartbeat is listened to continuously using a machine that produces a printout on paper called a cardiotocograph (CTG). The EFM machine works with two pads (transducers), each the size of a coaster, attached to the abdomen with two elastic straps. One is positioned towards the top of your abdomen, so that it is above the top end of your womb (uterus) to pick up your contractions; the second will be placed on your abdomen, above the area where your baby's heartbeat can best be heard.

The information received from the transducers is converted by electronics within the machine to produce a printout on graph paper. EFM using the two external transducers is a non-invasive method. Sometimes, for reasons that will be explained to you, the baby's heartbeat is detected by a small electrode that is placed on the baby's head and connected by a thin wire to the machine, and this would mean that you must have an internal pulse. (vaginal). test for that to happen.

The device known as angel sound (angel sound) it is a domestic device that detects the heartbeat of the fetus, a kind of miniaturization of the detector used during the obstetric visit. There are them with headphones or with speaker and screen and it is enough to place them on the stomach to listen to the baby's heartbeat.

Fetal heartbeat detectors are safe and reliable products, as long as they bear the mark of approval for import into Europe (the CE mark), which guarantees their quality. And they are also safe for the fetus.

The advice is to use it from the 12-14th week of pregnancy until the 20th week. 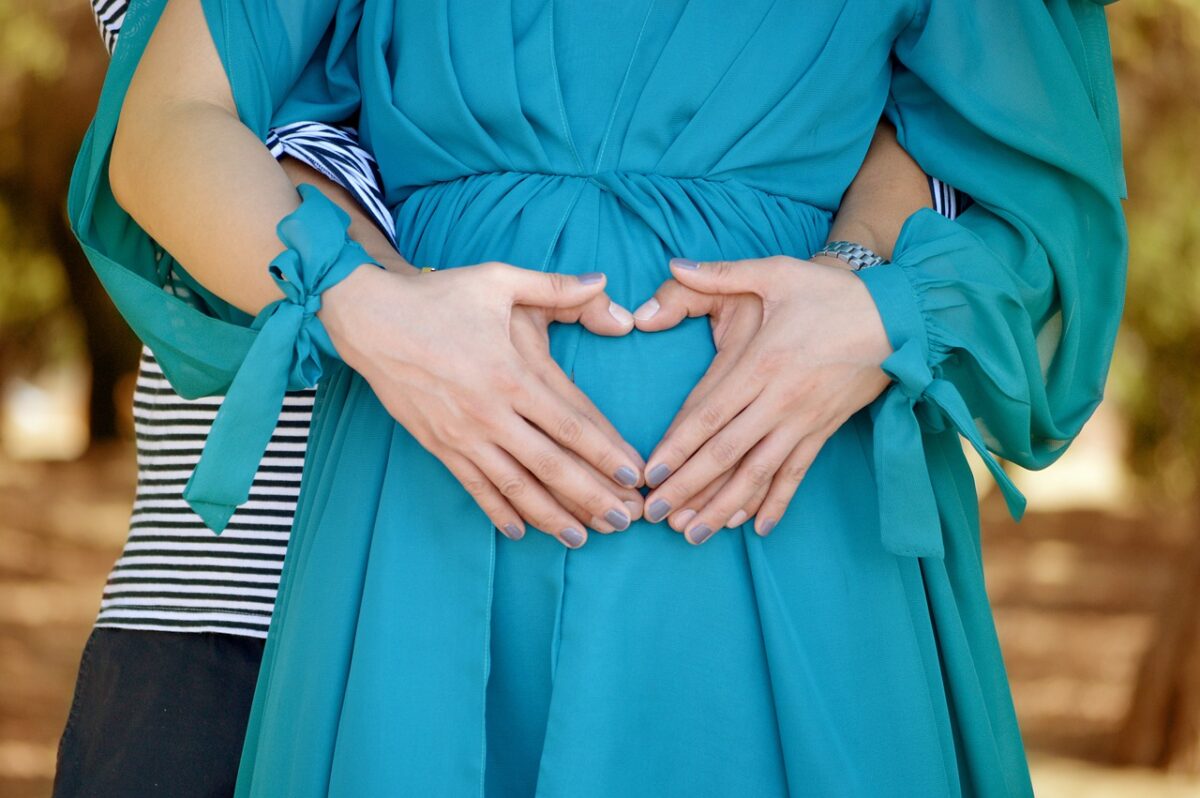 The rhythm of a healthy heart requires careful coordination to properly pump blood throughout the body. This rhythm is controlled by electrical impulses that allow the synchronized filling and emptying of the four chambers of the heart. Many conditions can cause the electrical impulses that control the heart to be irregular.too fast (tachycardia) or too slow (bradycardia).

Fetal heart arrhythmia, or irregular heartbeat, is a common reason for referral to a fetal cardiologist. In most cases, a heartbeat that is too slow or too fast is temporary. In these cases, your team will closely monitor your pregnancy. Less than 2% of fetal heartbeat irregularities represent true cardiac arrhythmias.

At 16 weeks of pregnancy, the fetal heart is fully formed and beats at a rate of between 110 and 160 beats per minute (bpm).

Fetal cardiac arrhythmias are often classified as one of the following:

The condition is often first noticed when the doctor listens to the fetal heartbeat around 10-12 weeks of pregnancy. Nevertheless, the rhythm abnormality may not start before pregnancy. The mother usually has no symptoms and does not notice any change in fetal movement.

The cause of most arrhythmias is unknown, but some cases may be due to an electrolyte imbalance, inflammation, medications, or an inherited genetic condition. Serious cases of arrhythmia can be caused by a heart defect, such as congenital heart block, or by an inherited condition known as long QT syndrome.

If arrhythmia is suspected, additional tests will be ordered, including a fetal echocardiogram. This test will help your fetal cardiologist diagnose if your baby's arrhythmia is caused by a problem with the structure of the heart.